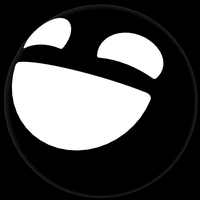 A series of receivers, compatible with OEM and most aftermarket 10/22 parts.

*Model I: Designed with a recessed channel down it's center to allow the use of iron sights.

*Model O: Designed to be used with optics. A 1913 Picatinny rail is attached to the receiver top.

Both models have a reinforced variant, denoted with an R. (Ex. Model I-R) These models have channels in the sides of the receiver that allow for the use of 12-24 threaded nuts to be pressed into the path of driven V Block bolts. The use of metal nuts allows for retightening of the V Block bolts repetitively, and allow the proper use of blue loctite.

*Looser tolerances (.2mm space) between the bolt and it's raceway; to allow for continuous operation when heavily fouled from dirty ammo.

*Shorter in length magwell (Front mag catch is closer to the trigger pack's mag retention plunger.) for a tighter fit; less mag wobble that could cause a misfeed or failure to feed.

Print the receiver (and 1913 rail if applicable) upside-down.

Print the receiver on a raft.

If printing one of the reinforced models, use support blockers in your slicer; (I use Cura) specifically in the v block nut and bolt channels.

3) (Skip to step 6 if printing Model I) Apply epoxy/Clear Gorilla Glue to rail mount slots on top of the receiver.

4) Press the Picatinny rail onto the top of the receiver, into it's indexing slots.

6) After sanding the barrel channel, press the barrel shank into the receiver.

7) Install the charging handle and bolt. This is the best time to apply lubricant to the bolt and raceway.

8) With the bolt fully forward, check to be sure the extractor matches the notch in the side of the barrel shank. If not, slightly pull barrel outwards, twist until the extractor & notch match, then press back in.

9) Install the trigger pack, and press in the retaining pins.

10) Press the buffer pin though the back of the receiver.

11) (Skip to step 12 if printing basic models, without the denoted R) Press the 12-24 threaded nuts into the channels on each side of the receiver. Visually inspect the holes line up from bolt channel to nut.

12) Place the V Block on the barrel, and drive the bolts through the block, into the channels. Regardless of model variant, apply blue loctite beforehand.

13) Install the complete receiver assembly into a 10/22 stock/chassis. Drive the takedown screw from the bottom of the stock, and into the receiver.

14) Install a compatible magazine, then function check. Be sure a round feeds from the magazine, and extracts from the chamber.

1) Models I-R & O-R are recommended for extended use, (Firing several hundred - thousands of rounds) whilst basic Models I - O is meant for light use (Taking few shots whilst small game hunting and the like.)

Several members of AWCY? (Are We Cool Yet?) helped throughout the process in the development of Project L-X22 (Laffs-10/22) Receiver & Chassis designs.

Danishbulldog: Allowed me to utilize his DB9 Folding Brace CAD model for chassis concept design, as well as using in images for L-X22 Receiver release.

Insertmeow: Informed me of other 3DP 10/22 designs having issues with V Block bolts and barrel coming loose. This led to reinforced receiver variants being designed.

DeadParrot: Informed me as well on loosening bolts and barrel. Supplied image that led me to design the nuts being installed through the sides of the receiver.

Genuinely don't think this project could've been finished without them. 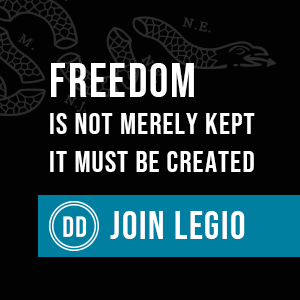 This can occur if you are accessing DEFCAD via a VPN, from outside of the United States, or from certain highly restrictive US states.

ATTENTION: this project has been marked as deprecated.

This may mean that the project is considered unsafe, is not representative of a developer's newer work, or it does not meet modern guncad standards. For historical purposes it remains available for download.