Greetings again to all DIY firearms fans - we have some particularly interesting developments for you today. Preeminent among these another “holy grail” of guncad, two different designs for a printable AR-15 upper! We also have the latest semiauto .22 platform from Mussy and zer0fux, the newest generation in DIY NVGs, and a brand-new 100% DIY firearm named Shirley. Read on to learn more!

Printable AR lowers have existed since the earliest days of guncad, but now you can DIY an upper to mate to those lowers. Not one but two systems were released in the last few weeks: the Biden’s Bane from co-op, and the StAR-15 from Stubbs.

The classic problem with a printable upper receiver is heat management - attempts at making a 100% plastic printed upper have found that the plastic quickly melts and deforms under any volume of fire. Both of these new designs mitigate this by using metal tubing in creative ways to distribute the heat.

In the case of the Biden’s Bane, a small “heat distributor” aluminum tube is incorporated into the printed upper to act as a buffer between the gas tube and the polymer upper. Co-op’s approach here is much closer to what we tend to think of as a “printed upper”, and it works - in a recent video IvanTheTroll found that it can handle magdumps of up to about 60 rounds before failure.

The StAR-15 attacks the problem in a different way, instead making the actual legal upper from an aluminum pipe, attaching it to an aftermarket buffer assembly and then mating the whole thing to a custom printed lower designed specifically for this project. The StAR-15 is dramatically simplified in just about every way and may in fact be considered more of a proof of concept, but it is a functional firearm nonetheless. Both of these designs undercut attempts at regulating split receiver designs that much more. 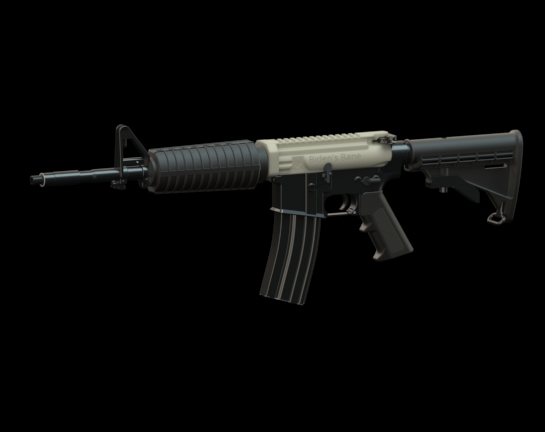 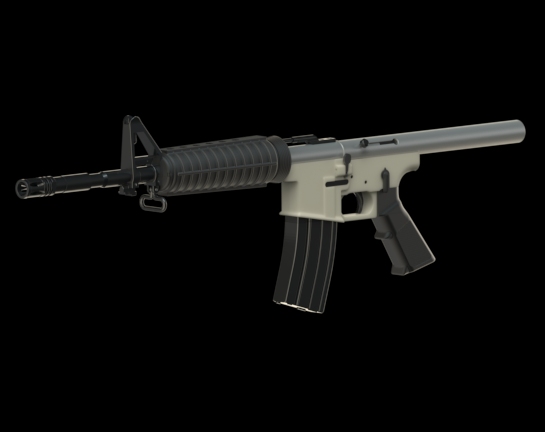 Trident Foldable .22 from Mussy and zer0fux

Meet the coolest new .22 on the block, the Trident! Easy to build, it uses a CMMG conversion bolt and DIY barrel. What’s particularly cool about this design is its ability to fold down for compactness - not only does the brace fold against the body, but so too can the barrel! What results is perhaps the smallest DIY .22 yet released that must be seen to be believed.

We were first made aware of the Trident at the Bear Arms ‘n Bitcoin conference in April of this year. In just a few short months Mussy and zer0fux have taken this design to completion - well done, gentlemen! As should be expected, included in the release is thorough documentation and several mods. 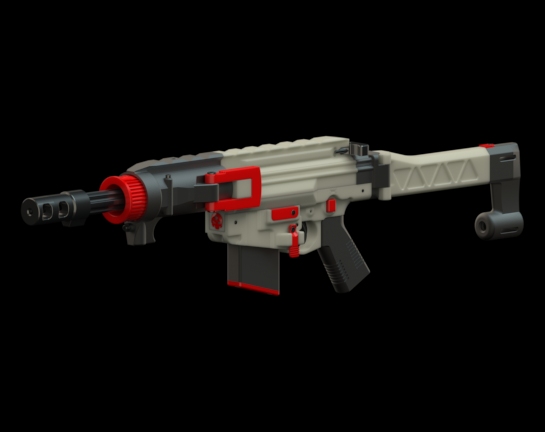 Over the last several months we’ve seen an extraordinary trend of homemade NVG designs being developed. This trend was seemingly kicked off, or at least popularized, by the publication of the BPNVG on DEFCAD, and we’ve come a long way since that time! One of the latest designs is the PVS-69, which is now in its third generation.

The PVS-69 is a monocular night vision device that uses a starlight camera and a screen instead of a phosphor tube. The developer estimates that the electronics and parts required for one tube totals to about $300. This design can be run in both a single or double tube configuration. An auto-shutoff is available as an extra feature.

A full build guide is provided, which includes a list of parts and assembly steps. This will allow you to source parts yourself, but you can also purchase a parts kit (or even a fully assembled PVS-69) at the developer’s website, https://vonscherfarms.company.site/ 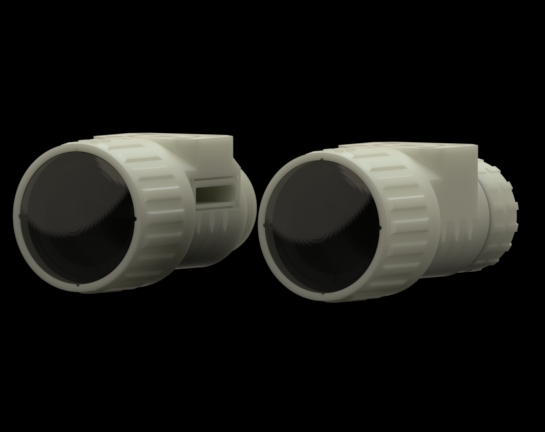 In addition to the above we have a few other DIY designs for your consideration. First we have blueprints for the Shirley .22 pistol which can be made from cut flats of metal, plastic or even MDF; second, the new MKCarbon system from AWCY / Danish Bulldog allows you to make an upper receiver for the Ruger Mk series pistols!

The Shirley, developed by Cottage Arms, seeks to occupy a space similar to the original Liberator or the Harlot: a single-shot, small caliber pistol made using absolutely no firearms parts at all. The Shirley is interesting because, unlike these other two designs, it is not strictly a 3D-printed pistol, but instead a firearm made from laminated (stacked) flat shapes. The developer has demonstrated that these can be made of metal or even MDF. In addition to the Shirley proper, a simplified “Shrly” design was released that reduces the complexity of the flat cuts.

The MkCarbon system is not itself a firearm, but a series of jigs to help you cut a carbon fiber tube into the right shape to serve as an upper receiver for a Ruger Mk series pistol. This process requires several cuts, but the jigs make it easy and allow you to do it with only hand saws and a Dremel. This upper should pair well with both factory and printed Ruger Mk lowers, such as the as-of-yet-unreleased Mark R! 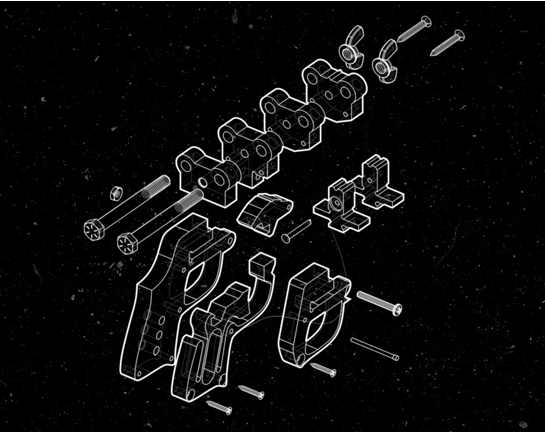 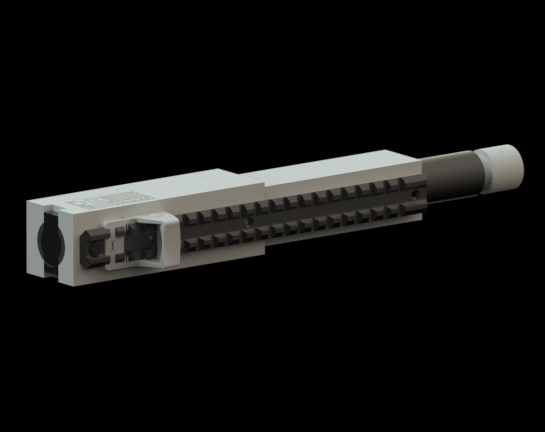 We’ll close this newsletter by noting two recent releases related to the popular Glock 43/43x pistol: the “Super Grip” G43x / 48 frame from SmallTeamSupply, and the recently released DMB magazines for the G43 (and 42) from magazine master DannyMeatball!

The “Super Grip” G43x/48 is an interesting example of two independent branches of guncad merging somewhat. The frame itself is a mod of the theOtherSig's E43x, but SmallTeamSupply has modified it to take rails from Gatalog’s independently developed DD43.1. Several other changes were introduced as well along with a very powerful grip texture to create a G43 frame worth your consideration!

Closely (but not exactly!) related to the above frame are the DMB42 / 43 mags from DannyMeatball, who by now is uncontested in his position as the king of printable magazines. These mags are designed to fit original G42 / 43 frames and as such they cannot be used in a G43x, but Danny assures us that G43x printable mags are coming shortly! In any case, these mags will serve your OEM G43 / 42 well, so check them out! 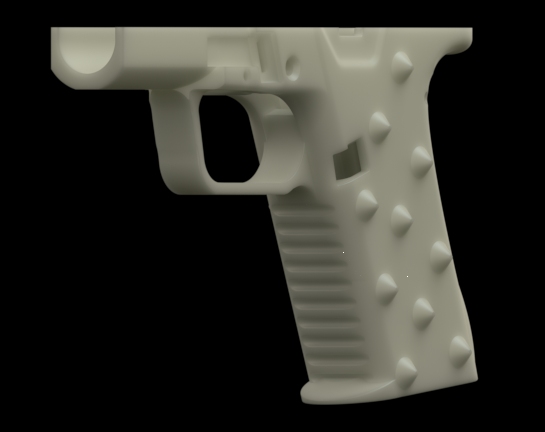 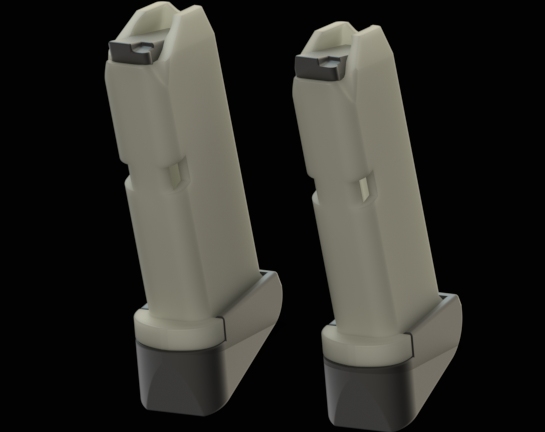 Guncad is a field with many different fronts and this newsletter covers many of them. 100% DIY firearms, DIY replacements for common parts, homemade NVG and magazines - we continue to see impressive advancements in all of these. These advancements will continue unabated, and as they do you’ll always find these, and many others, at DEFCAD.